Hendrix on Hendrix: Interviews and Encounters with Jimi Hendrix (Musicians in Their Own Words) 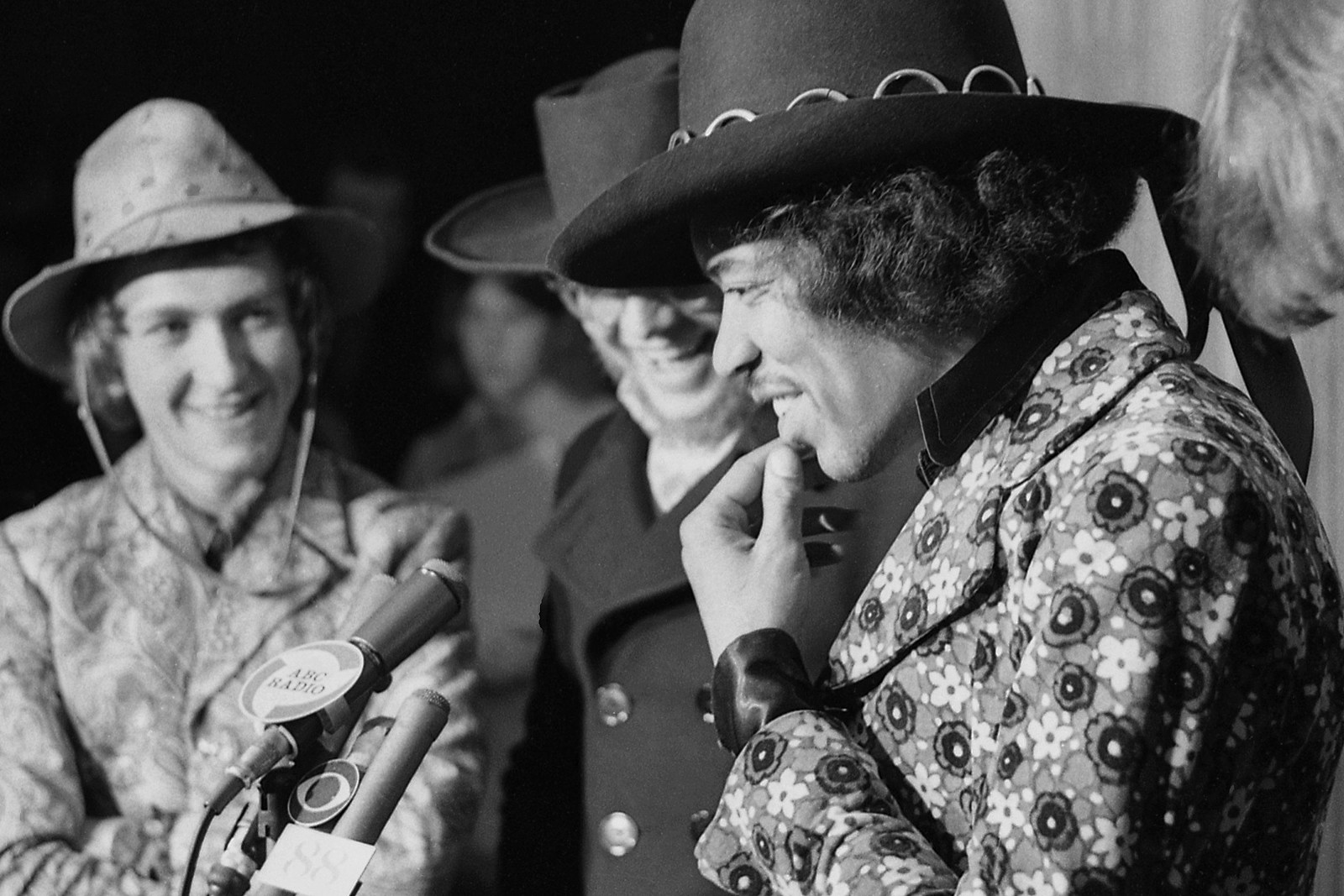 But alongside the innocent questions like this one from , "How come you got caught up in the hippie scene? The feel of the era, from largely the various interviewers questions, along with some of Hendrix's answers, keeps these pieces from becoming a one after another, by rote, dry set of interviews. The book includes a Preface, Acknowledgments, an Introduction, an Epilogue, quotes from Hendrix from various sources four pages but pretty cool , an eleven page interview with Eric Burdon on Hendrix, and an Index.

In some respects this book's approach and layout is based on another good book, "Coltrane On Coltrane", edited by Chris DeVito.

Jimi Hendrix, in his own words: 'I dig Strauss and Wagner – those cats are good'

The Coltrane book contains many good pieces on Coltrane, which fans of his music shouldn't be without. With all the countless articles written about Hendrix after his death-both by people who knew him and people who only knew of him, along with biographies of the man, it's nice and very satisfying to read a collection of period, question and answer interviews and articles during the period when his music was so groundbreaking and exciting.

There's no "what if's? Roby has put together a good collection of important pieces on Hendrix that shines a direct light on the person and his unique to say the least gift-his genius on the guitar, and that whole exciting period. This book can sit alongside Roby's other books on Hendrix, and every fan of Jimi Hendrix should have this in their library. February 14, - Published on Amazon. In "Hendrix on Hendrix" Steve Roby has captured a wonderful collection of Jimi's own words, whether from print articles, recorded interviews, or the rare TV appearance.

These are laid out in chronological order which helps to give insight into what life on the road was like for Jimi. Sadly, he often remarks at how tired he was at a given time; this was partially due to poorly orchestrated touring schedules that had Jimi traveling nearly haphazardly across the US and Europe. Noel Redding once told me, " Amazing to think he once stated, " I can't really play the guitar that well Any fan of Jimi Hendrix, whether hard core or casual, should read this book. Jimi's own words give us insight into more than just the captivating musician we see on stage; it is just sad there are no more words than that October 17, - Published on Amazon.

Didn't get much out of my husband while he was reading it - he couldn't put it down. The print was oddly light though and I considered sending it back but my husband said it was readable. September 11, - Published on Amazon. April 10, - Published on Amazon. This book was OK, but seems that most of the people interviewing Jimi almost asked the same questions and Jimi answered the same every time. Overall, not a bad read, I liked it. Rated 3 since it wasn't one of my favorites. Go to Amazon.


Modesty and thoughtfulness are not qualities normally possessed by a pop star, but then Jimi Hendrix was different. Jimi Hendrix: Well, I don't have any right now. JH: No, 'cause I can't even sing! When I first started playing guitar it was way up in the Northwest, in Seattle, Washington. They don't have too many of the real blues singers up there. When I really learned to play was down South.

Then I went into the Army for about nine months, but I found a way to get out of that. When I came out I went down South and all the cats down there were playing blues, and this is when I really began to get interested in the scene. But when I was on the East Coast the scene was pretty groovy. I'd just lay around and play for about two dollars a night, and then I'd try and find a place to stay at night after I finished playing. You had to chat somebody up real quick before you had a place to stay. JH: Well, I never had a chance to get on the scene over there, but from what I've seen [in England] it's pretty good.

I thought it could be a whole lot of cats who could play it but not really feel it. But I was surprised, especially when I heard Eric Clapton, man. It was ridiculous. I thought, "God! I used to like Spencer Davis, but I heard that old Stevie's [Winwood] left them, and I think it's official about two days ago, or it was yesterday. JH: Oh, yes, I think it's good. They're one group that you can't really put down because they're just too much. And it's so embarrassing, man, when America is sending over the Monkees — oh, God, that kills me!

I'm so embarrassed that America could be so stupid as to make somebody like that. They could have at least done it with a group that has something to offer. They got groups in the States starving to death trying to get breaks and then these fairies come up. JH: I saw him one time, but both of us were stoned out of our minds. I remember it vaguely.

It was at this place called The Kettle of Fish in the Village. We were both stoned there, and we just hung around laughing — yeah, we just laughed. People have always got to put him down. I really dig him, though. He doesn't inspire me actually, because I could never write the kind of words he does. But he's helped me out in trying to write about two or three words 'cause I got a thousand songs that will never be finished. I just lie around and write about two or three words, but now I have a little more confidence in trying to finish one. When I was down in the Village, Dylan was starving down there.

Browse thousands of titles from the comfort of home!

I hear he used to have a pad with him all the time to put down what he sees around him. But he doesn't have to be stoned when he writes, although he probably is a cat like that — he just doesn't have to be. SB: How does the Experience get such fusion when you're basically a bluesman, Noel's a rock man, and Mitch a jazzman? JH: I don't know! Actually, this is more like a free-style thing. We know what song we're gonna play and what key it's in and the chord sequences, and we just take it from there.

And so far it hasn't bugged me in any way like saying, "Oh, no! There he goes playing that rock and roll bass pattern again. JH: I guess it is experimenting just now. Maybe in about six or seven months, or when our next album comes out, we'll know more what we're doing. JH: We don't really break anything onstage — only a few strings. Actually, we do anything we feel like.

If we wanted to break something up, we would do it. There's a lot of times in the past I have felt like that, too. But it isn't just for show, and I can't explain the feeling.

It's just like you want to let loose and do exactly what you want if your parents weren't watching. I dig The Who. I like a lot of their songs!

The Byrds are pretty good, too, though I know you don't dig them over here. They're on a different kick. I like them. JH: I'd have to be in a certain mood if I could sit up and listen to it all day. I like Charles Mingus and this other cat who plays all the horns, Roland Kirk. I like very different jazz, not all this regular stuff. Most of it is blowing blues, and that's why I like freeform jazz — the groovy stuff instead of the old-time hits like they get up there and play "How High Is the Moon" for hours and hours.

It gets to be a drag. JH: I get a kick out of playing. It's the best part of this whole thing, and recording, too. I wrote a song called "I Don't Live Today," and we got the music together in the studio. It's a freak-out tune. I might as well say that, 'cause everyone else is going to anyway.

Do you want to know the real meaning of that? Now, all right, I'll tell you this — don't think anything bad, okay? 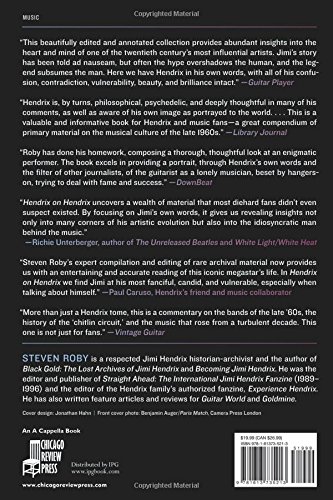 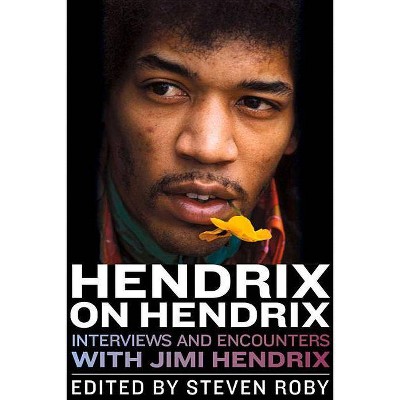 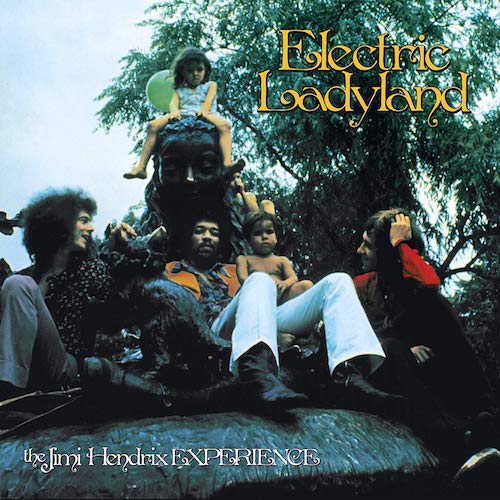 Hendrix on Hendrix: Interviews and Encounters with Jimi Hendrix (Musicians in Their Own Words)

Related Hendrix on Hendrix: Interviews and Encounters with Jimi Hendrix (Musicians in Their Own Words)